Before Ultra we heard indian or pakistan sounding RSL-station on this same frequency for 5-6 minutes. This might be Meraj FM from Huddersfield. It is temporary station on the air 30.5- 30.6.2011.

UK FM-Dxer John Faulkner gave big hand and phoned to this station playing them the received clip. Of course they did not believe this at the station. Playing the clip well via phone is very difficult so John sent the clip to them.Let's hope they listen the clip and give comments of it. 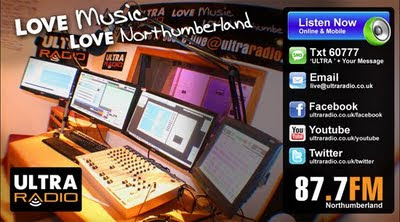