Finally we had real conditions today! There is nothing to complain of the conds in the past days - but today we had even better signals. Band was open to Balkan and Scotland-Ireland!! (We are very surprised that Italy has been almost silent so far). 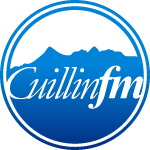 A lot of stations from Northern parts of Ireland, Northern Ireland and Scotland.
MUF was up to 108 MHz but there are not so much stations over 107 MHz in this area.
Dublin was audible and even the farest SW parts of Scotland (Cuillin FM 102.7 MHz).

Very good openings! Perhaps even over 100 stations identified today by this crew.
Posted by Harri Kujala at 18:00