Greeks and Arabic-flash on Friday midday

Weak Athens and Thessaloniki were up after midday our local time. A few stations pushed up several times:

Also three weak arabic signals were noted on 88.0 / 89.3 / 89.5 MHz around Friday midday local time.
Possibly Iran.
Last night Stockholm närradios were audible and some Latvian stations in the morning. No more expectations on tropo. Tropo has been on very low level almost all the time. 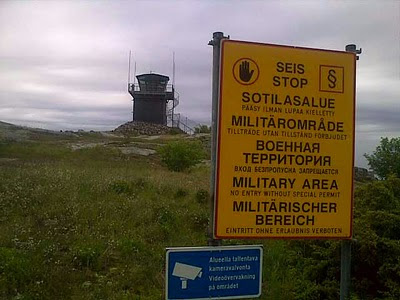 Two days left of Utö6. Part of the crew is leaving already on Saturday morning and the rest on Sunday afternoon.

Beside here is a photo of some old empty military tower in the southern part of Utö-island. No activity in and around. That could be ideal place for DXing?
Posted by Harri Kujala at 12:01