Utö16-pedition is over! Sunday morning gave us nice surprise with very strong France up to 108 MHz for 1h starting around 06.10 utc! This was the best and strongest opening giving a lot of local stations with RDS-levels. The opening-area was below Paris and also close to Germany border for some moment.
H-antenna  dismounted quickly around midday and the crew left Utö.

Summary
It is difficult to estimate and judge this Utö16-pedition, but the crew gave 3,8 points with 1-5-scale. Last morning rised this number. Last year it was under 2.

Positive: Openings with one skip were to rare areas; Corsica and Sardinia: and douple-hops gave nicely many North African countries: Morocco, Libya, Tunisia and tentatively Egypt. The real highlight and surprise was Malta!
Sports: MB did run 5,2 km every morning at 9 (others rarely). New record is now over 60 km running during pedition!!

Negative: Only one big bang-opening, on last morning! We had fairly good condition-time totally only for 2-3 hours  - and MUF reached 100 MHz perhaps only for 70-80 minutes, aömost all of that last morning. Most of the openings were very short peaks in the lower FM-band.
Negative is also that we had no Spain or southwest France (only two sharp peaks) and also no U.K., Serbia or Turkey. Greece was also weak giving usual stuff.
The strongest moments were to mid-France twice (+Marseille) and South Italy (Rome, Puglia).
The weather here was the coldest ever because of continuous wind.

New never-heard-before in Finland-stations (=plus-stations) were counted this summer 38 (last year 27): Now we had Italy: 14 / Greece: 5 / France: 3 / Macedonia: 3 / Tunisia: 3 / Spain: 2 - One new station were obeserved from these countries: Kaliningrad (tropo), Bosnia, Croatia, Germany, Lithuania (tropo), Malta, Montenegro and Hungary.
Note: These stations were observed in real time. There are something more in the SDR-recordings with 5 / 10 MHz bandwidht for later id.
Next pedition, Utö17,  will be on 8.6 - 19.6.2016. 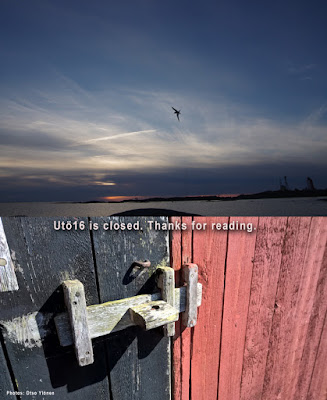