Making something out of nothing!

Utö DX-Camp 2009 is over - Summary:
Utö is a place to make results out of nothing!! We have had quite poor tropo-forecats for the past week but we identified a lot of stations. Tropo forecasts gave no promises for us but we heard stations from all around Baltic Sea! We really wonder what could be heard here when real tropo is going on, or even with megatropo!! Sporadic E also gives identified stations easier especially when tropo is low.

* FM-band is changing almost day by day. Sometimes the band is full of Finnish stations on almost every frequency, but next day it is nicely clean and incredibly empty!! It is very difficult to make bandscan here because the band is living all the time. Some stations come strongly up from noise, for example SWH Dundaga 89.3 (Latvia), Wisby FM Visby 89.2 (Sweden), Radio Kadi 90.1/90.5 (Estonia), some days närradios + many national frequencies.

*Tropo-scatter is nice phenomenon here. 600 km-stations (about) are coming strongly up and down from Sweden, Poland and Kaliningrad. Tropo-scatter seems to need 2 kW tx-power or more acc. to our observations. However, Arvid Husdal from Eigebrekk, Norway tells us that he has heard German 200/500 W stations with tropo-scatter. For some reason no vertical stations are observed with scattering. (Click the photo) 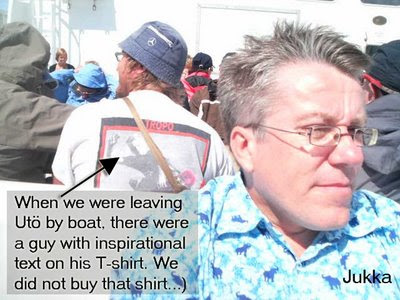 *We did not have good Sporadic E when FM-band was very silent of local tropo. That is still a dream to have Es over empty band here. However, here it is easier to pick up stations during low Es beause of low local levels. Many times we IDed all observered Es-signals!
Meteor-scattering has been very active all the time, but unfortunately those were too short (0-3 sec, rarely longer). Antenne Bayern, Ö3 Austria, BBC with meteor-id. Here is it possible to hear Italy with meteors very often, and sometimes even Spain!

This was very nice week of FM-DXing. We identified stations from 29 countries (7 with tropo, 3 with meteor, 19 with Es)!!

We still have challengies here:
1) There are more than 10 stations to hear from Kaliningrad. That is a big challenge. Better conds needed for that.
2) It would be a nice experience to enjoy good stable Es during very low local tropo, especially to Turkey, Greece, UK, Spain or Middle East.
3) Good tropo, or megatropo to inner Baltia,Sweden or Poland. During the days the tropo-forecasts have been always very low for us. Maps promised nothing special for us.

Just when we were about to leave and take the camp down, sudden opening to Ukraina started at 09.00 utc!! That was not expected because Sherlock-maps showed no Es-clouds. A day before we planned to remove antennas just at the time when this opening started. However, we had some time to listen because the ferry was leaving at 11.30. At 09.30utc we even considered to take sea-taxi with no idea how much it would cost...

We tuned good Ukraina-signals for 45 minutes and then started to take camp down with a panic and rush!!!
Luckily we had no problems and we arrived to the ferry 20 min before it was taking off. We did not miss much
because the opening was about to fall.

We identified from Ukraina many Hit FM-frequencies, ERA FM 2x, Luyks FM 2x + one Greek. Nothing speacial but the tapes are not checked yet.