Better day in Utö today:
Temporary station from Stockholm was heard today on 91.9 MHz, Radio Volvo Ocean Race (www). This station closes on Saturday 25.6.2009 (on air from 14.6.) so it was quite close to miss this one. Power unknown.
Signal was quite good beating YLE Espoo on this same frequency! Nice! 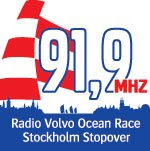 Community Radios from Stockholm were almost all audible which was surprise because tropo-forecast gives zero-propagation!! Skärgårdsradion on 90.2 MHz was up with 100% full RDS!

Spain was up for some time around 15utc, but only on a few frequencies, mostly RNE. Nice surprise anyway!! The best catch on this opening was Onda Cero, Santander on 91.9 MHz with local programme. Distance 2485 km.

Later in the evening some Italy and France was up. It is possible that the stations were from Sardinia and Corsica but this is not checked and confirmed yet. Nice to have some Es.
Posted by Harri Kujala at 22:23

Could this Onda Cero Santander at 2485 km be a single hop, maybe prolonged by tropo over the sea? I wonder..